California Olives, in the Ground and On the Table 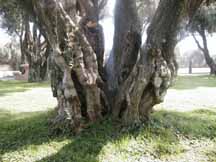 When you think of olives, chances are what comes to mind are shiny black “California ripe” olives, those perennial holiday meal favorites, the ones the kids can’t resist sticking onto the ends of their fingers before popping them into their mouths. As it happens, this type of olive cure is a relatively new and uniquely American way to transform the hard bitter fruit into something delectable.

Olive trees, of course, date back many centuries to their source in the Mediterranean area, where in fact 93% of the world’s 800 million trees now grow, but they have become an indelible feature of the California landscape as well. Olive culture has been tried in many locales, including the eastern seaboard during the early days of European settlement, notably by Thomas Jefferson in Virginia. But presently, aside from being grown here and there as landscape trees, commercial olive growing has settled into a couple of regions of California and Arizona. Nevertheless, although olives may seem “Californian”, the state produces only 1% of the world crop.

Olive trees were brought to the state soon after the Spanish padres pushed north from Mexico to establish their string of Alta California missions, around 1775. The missionaries were tasked with supplying all of their own food as soon as possible so establishing extensive mission gardens and orchards was a first priority after the core buildings were put up. But tasty hors devours were far from their minds. It was the oil they were after, both for eating, lighting and “holy oil” (which was sent to Mexico City to be blessed by a bishop). In the European tradition, table olives were a mere afterthought after sufficient oil had been pressed. The olive trees also provided precious shade.

The trees took hold and started producing about five years after being planted. The coastal locations of most missions were not the best olive growing areas however, as the trees require winter weather with cool (but not freezing) nights and warm days, and hot, dry summers for the best fruit production. Yet olive trees are hardy and long-lived, a good portent for the next phase of olives in California.

The missions were disbanded (“secularized”) in 1834, the lands over time dispensed to Mexican settlers with connections (Mexico was now emancipated from Spain), and the orchards and gardens left to ruin. But the olives endured. A few decades later olive trees from the old missions at San Diego and Santa Barbara were the source of cuttings for the first commercial olive orchards, laid out in 1868. Soon olives were all the rage, with over 100 nurseries selling nearly 300 varieties of trees.